'No One Remembers': A Conversation with Ahmad Saadawi 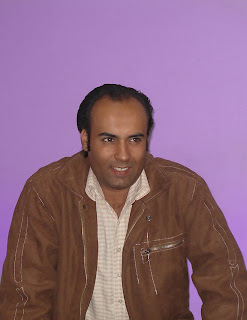 Ahmad Saadawi was born in Baghdad, Iraq, in 1973. He is a novelist, a poet, a painter and a journalist. He was a correspondent for the BBC for a number of years and currently supervises a television program on the U.S.-funded satellite channel, Al-Hurra. Saadawi has published four books of poetry and two novels, and his novel Beautiful Country won first place in a literary competition held in the UAE. He speaks to Beirut39 on what it means to be a novelist in Iraq and how painting helps him write.