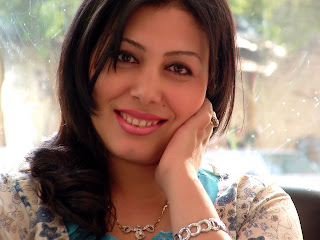 “The Arab world today cannot be expressed in ready-made stereotypes that do not extend beyond violence and terror, or ugly dictatorial regimes. The image of the Arab has also become a sort of victim of war and political upheaval, a boring and facile image.”

MANSOURA EZ-ELDIN was born in the Egyptian Delta in 1976 and graduated from Cairo University, with a degree in journalism, in 1998. Her collection of short stories, Dhaw’a Muhtaz (Shaken Light), was published in Cairo in 2001, and presently she works as Reviews Editor of the literary weekly, Akhbar al-Adab. Maryam’s Maze (published in English by AUC Press, 2007) is her first novel. Eldin was recently shortlisted at the Arabic Booker for her novel Beyond Paradise. She talks to Beirut39 about the feminist stigma, the meaning of success, and deconstructing book classification.

You have shifted genres: from the short story to the novel. Do you find one form more encouraging than the other?

In the beginning I also wrote poetry and single-chapter plays. Yet I never attempted to publish any of my initial works. As a writer, I believe each genre has its own beauty and its own idiosyncrasies. I am comfortable writing short stories because, naturally, stories are more intensive. Also, short stories require less time to produce than a novel, which gives me a sense of accomplishment and satisfaction. Yet in novels it appears more like weaving a large mural full of details: characters, events, and compound worlds. You never know the full result of your work until you are completely done with your last touches. It is exhausting, yet exciting. To me, I enjoy working diligently on gathering one detail next to the other, weaving tirelessly all details until I have finally put together a full novel. What is special to novels is their ability to include many other forms of art, including short stories, and offering a parallel world to the one we live.

One of my favorite living writers is Jose Saramago who wrote his first novel when he was 25, which was greeted unfavorably by the public. Saramago says his first “successful” novel was not published until 1977, when he was 55-years-old. At what point, then, would you consider your work to be a success?

To be frankly honest, I do not know what my dear Saramago means by success. The idea is very relative. Naturally, I am excited every time an edition of one of my books is sold out and reprinted in more copies, or when my work gets critically acclaimed, or when it gets translated in more languages. Yet the idea itself is deeper than all of that. I try to distance myself from any outside effects, to where “success” no longer consumes me, and “failure” does not set me back. Writing is what Marquis once said “a most individual career”. The writer stands alone in face of all of his creative characters and all the technical issues posed on him by his work. Each new attempt is an attempt to avoid what a previous work lacked. A writer always has an idea of what he/she anticipated must be written. Each new work is an incomplete attempt at reaching this idea.

You mentioned in an interview that you felt you “committed a crime” in writing Maryam’s Maze. Why is this?

I was being cynical, although it had a certain truth to it. When I write I do not think much about the readers or how would they greet my work (I typically do so after I have finished writing.) As I wrote Maryam’s Maze, I did not think of myself as a professional writer attempting to publish her own work; therefore, I unleashed myself in writing and imagination. Yet after I was done writing it, and as I prepared to have it published, I read the novel once more and I feared how the public might respond to it. My biggest concern was that it would appear more like a “Maze” than a novel. However, the novel received a positive response from people and critics alike. I received many letters from ordinary readers who did not find it obscure at all.

Although you insist you are not a feminist, you pointed out that Arab readers are not used to the "fearless" style of your novel, Maryam’s Maze, especially because, you say, it is written by an Arab woman. If a man’s name appeared as the author of your novel do you think critics would still call the author fearless?

I no longer insist on anything concerning classifying my books. Rather, I am bored of trying to explain my stance on feminism and what not. I believe that good works (and I hope mine are like that) are smarter than its authors, they surpass their writer’s beliefs and ideas about writing into creating their personal interpretive space. I like to end my relationship with my books as soon as they are published: that is when it becomes the property of readers who interprets to their liking.

As for describing my novel as “fearless” and “risky” etc., the description was not mine but that of an English journalist who read my translated novel and became excited about it before interviewing me. The entire issue has to do with a previous question posed during the interview that had to do with how people would greet it after it was published in 2004. What I meant was that, in my imagination, an Egyptian reader was already too used to reading novels that are somewhat autobiographic and expected a different form of writing by female authors. Therefore, I (mistakenly) thought that Maryam’s Maze would not receive favorable public greeting. What happened was that it received a good response, maybe because it was being described as having been (creatively) fearless, pioneering etc.

As for how critics would have received my book had it been written by a man, this is something I cannot guess. Each critic is different from the other in their interpretations.

Compared to the Egyptian literati how did the West react to your novels? (and by ‘west’ I mean the small coterie of Western readers who regularly read modern Arabic literature in translation.)

The responses I got were diverse, but in general most of them seemed enthusiastic.

Besides, the responses were not limited to readers of translated Arabic literature alone. For instance, a well-known English publishing house contacted me in 2008 after having read my translated short stories and requested to know the content and details of my novel Beyond Paradise, which I was working on at the time. They expressed their interest in translating and publishing it as soon as I was done writing it. I was still in the midst of the writing process and feared that their request would distract my train of thoughts. Therefore, I requested that they postpone their offer until after I was done writing. A German movie director, Matthias Wilfert, became excited about the novel after having read it in English and decided to make it into a feature film currently in its pre-preparation stages.

You were the only woman shortlisted for the 2010 International Prize for Arab Fiction (IPAF or the ‘Arabic Booker’). Beirut39 participant Youssef Rakha wrote an excellent article about the controversy surrounding the IPAF. Here’s one conspiracy you may have already heard: there seems to be a stigma over ‘politicized’ novels in these types of competitions. Would you agree?

I am not a conspiracy theory enthusiast. I believe that it must be noted of “Arabic Booker” prize its ability to have introduced good Arabic writers from outside the traditional “consecration” circles. Each year, it drastically raises the reading levels of the books it successfully brings to light.

In general, priority must be given to the artistic value. While keeping into consideration that all of this ultimately depends on the taste of the jury that reviews the works, which changes each year. In the three cycles of the Arabic Booker prize, 18 novels were shortlisted and which varied between one another and in its writer’s perspectives on writing. This makes it hard to classify all of those books under one category. However, the problem is that the conspiracy theory dominates the beliefs of many.

Will this be your first time in Beirut? What are you anticipating from the Beirut39 Festival?

No, I visited Beirut very briefly last September, but I did not have the chance to get to know the city extensively. As for the Beirut39 Festival, I am yet to receive the list of seminars and programs; therefore, I cannot give an opinion about the festival. But I see it as a chance to meet a large group of Arab writers who are diverse.